This was the first time that I attended the Seattle Rock Lottery. The concept is simple – they get a group of musicians together (25 in this case) and split them to form a new band (5 bands in this case). They play a concert in about 12 hours of their existence. They are expected to come up with 3-5 songs, of which only one can be a cover. Honestly, these bands sounded WAY better than a lot of regular fulltime bands! Everybody on stage seemed to be having a lot of fun. I reached when the second band was on stage (I missed Tendermess).

If I had to pick one band, it will be Judge Jordy Featuring The Roots. Their sound was too rich. With lap steel, horns, etc they sounded amazing! The close second for me was Ego Chavez. Daniel Blue was awesome! I am digging Motopony a lot too. Avtar Crowder laid a cool baseline on one of their songs. Mystic Spiral was awesome too. Trey Gunn was like a wizard and Stacy Peck kept the groove tight. I loved the vocal layer added by Jeppa Hall with Chillum Dafoe. Thomas Hunter rocked! Hard to believe that such cool stuff got created in 12 hours! 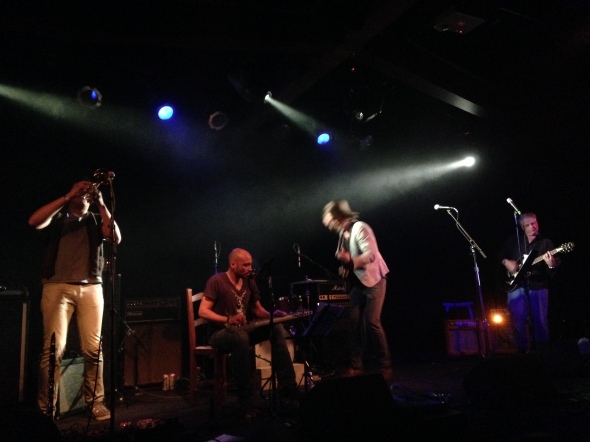 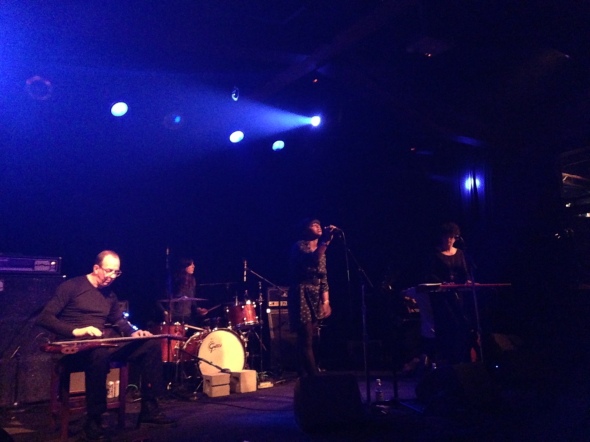 This entry was posted in Music, Shows Attended. Bookmark the permalink.